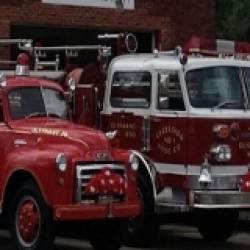 Olyphant has a population of 5,100 and has supported a manufacturing industry of blasting powder, cigars, silk, and steel and iron goods. Olyphant was originally named Queen City but was later renamed after George Talbot Olyphant who was president of the shipping company, Delaware and Hudson Canal Company a prominent employer.

and we were in and out within 20 minutes, after dealing with very pleasant and personably staff. If the attire… Read more “Three of us went to get measured for my son’s upcoming wedding”

Everything fit great and I looked great

Our experience was absolutely awesome Katerina

These two women work extremely well together. I am super pleased with Tuxedo by Sarno. THE BEST HANDS DOWN!!! THANK… Read more “Amanda & Shanell were amazing!!”

I had a very good time

and was treated very good and with respect

Gentlemen was fast friendly and courteous.

I was in and out in no time. I would definitely recommend Tuxedo by Sarno to anyone looking for a… Read more “Gentlemen was fast friendly and courteous.”