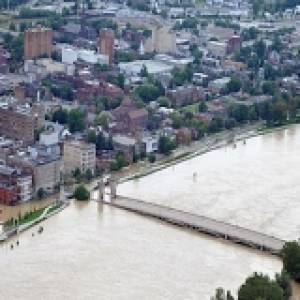 Kingston is located in Luzerne County, PA and is positioned alongside the Susquehanna River, opposite Wilkes-Barre. The city population is over 13,000 and was incorporated in 1857. It was first settled by settlers from Connecticut.

Kingston has several notable historic places on the National Register such as Fleck Hall, the Kingston Armory and Market Street Bridge.