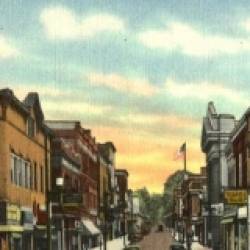 Nanticoke got its name from the Nantego, Native American tribe who had lived in the area up until 1608. Its current name was appearing on maps as early as 1776. The settlement was incorporated as a borough in 1874 and later as a city in 1926.