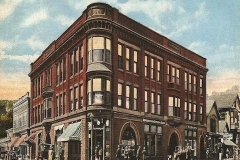 Middleborough, Plymouth County was founded in 1660 and has a population of 23,116. The town has an open town meeting type of government and was caught in a Profanity Ban Controversy in 2012 when profanity was banned in public and abusers were given a 0 fine.

Middleborough is only 20.72 miles from the Tuxedo by Sarno store located in Fall River, MA. It is home to the Alden Shoe Company one of the last shoe manufacturing companies in the United States and is also known as the Cranberry Capital of the World with Ocean Spray being a prominent employer.

Destination weddings have become popular over the past several years and Tuxedo By Sarno can make the shipping and coordination of making sure the tuxedos get to where they should be seamlessly.