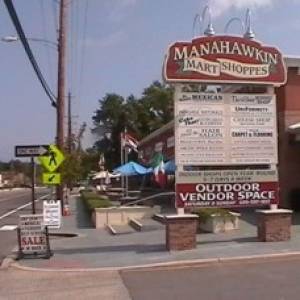 A coastal county city, Manahawkin has been thought to be a Lenape word meaning “land of good corn" or “fertile land sloping into the water." Known for its flea market and the annual Touch-A-Truck event, where residents are encouraged to learn about city vehicles such as firetrucks and construction vehicles.

Friendly, knowledgable staff helped my teen daughter look fierce in her tux with no judgments.

The young lady who helped us

Service was excellent, tuxedo was perfect

and fit like a glove. The young lady who fitted me was helpful and friendly. Made my daughter’s wedding an… Read more “Service was excellent, tuxedo was perfect”

CJ made getting my wedding party’s measurements correct

and took care of everything for us since most of us live in California or Virginia. He was one of… Read more “CJ made getting my wedding party’s measurements correct”

They do a terrific job,

I had to call in my sizes and the tuxedo fit perfect. The ladies there were very helpful,

Everything was good thanks for service

Both day and night Staff were very helpful and professional.