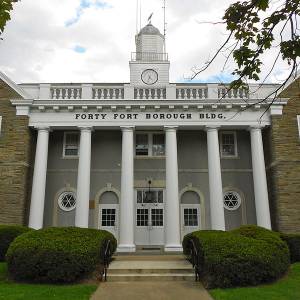 Forty Fort was settled in 1778 and has a current population of 4,214. The town became incorporated in 1887 and was named for the Revolutionary War-era fort that was built by 40 of the original settlers. Forty Fort is only 3.8 miles away from the Tuxedo By Sarno Formalwear store in Wilkes-Barre. The Battle of Wyoming in 1778 was the most notable occurrence in the area during the American Revolutionary War.