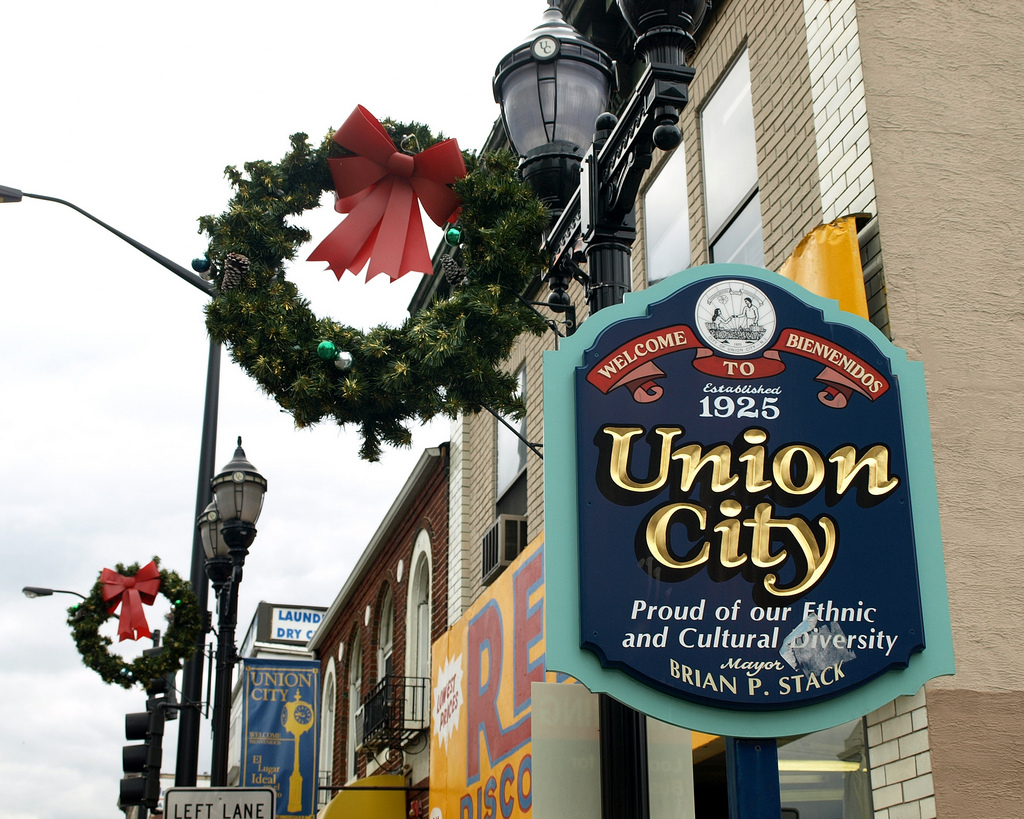 Union City is located in Hudson County and has a population of over 66,000. It was incorporated as a city in 1925 and began with immigrants of German and Spanish heritage. This duality led to various nicknames such as “Embroidery Capital of the U.S." and the “Havana on the Hudson". The city has an eclectic history and has been a mecca for entertainment where the likes of Harry Houdini and Fred Astaire and George Burns have all entertained during the Vaudeville and Burlesque era. The neighboring town of Secaucus is home to Tuxedo By Sarno Formalwear and is only a quick 5 mile drive away via County Highway 501 and NJ-3.