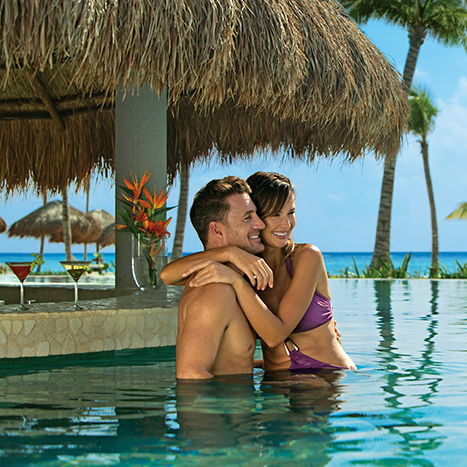 Tuxedo by Sarno is dedicated to making your wedding perfect, and we want to extend that to your honeymoon as well!

With multiple chances to win if you book now, you shouldn’t wait on this amazing opportunity. Click here to register.

Your trip will include: 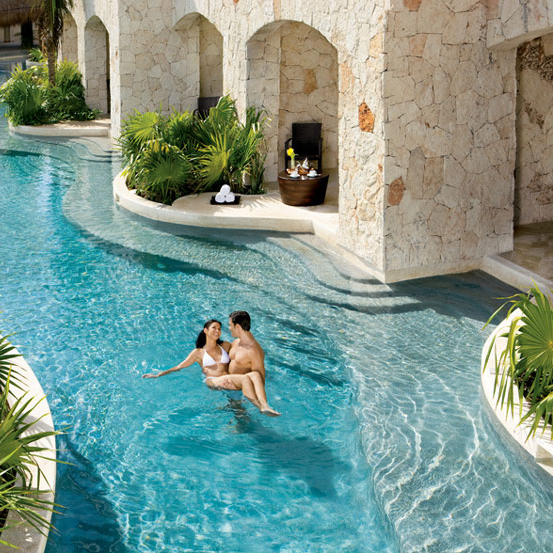 A 4-Night stay for two 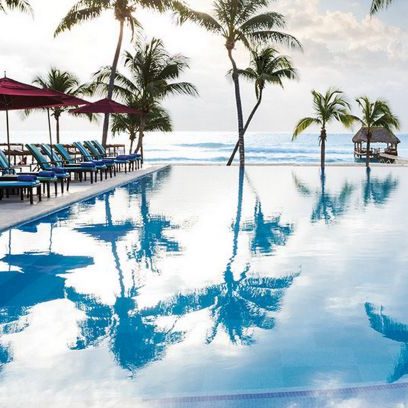 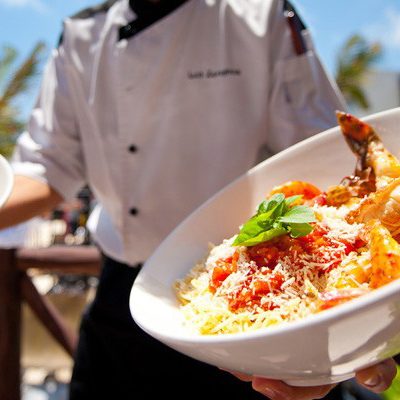 An all-inclusive vacation is travel as it's meant to be: nothing to worry about and plenty to enjoy, all day and all night.

Terms and Conditions. Accommodations are for two adults in the lead in room category. Winner can choose to upgrade to a higher room category upon check in, at an additional cost. Winner can also bring additional guests for additional charge. Black out dates include, but are not limited to, Thanksgiving, Easter, Christmas, New Years and Presidents Day. Stay is valid for one year from the date of issuance and is based on availability. You must make a reservation to guarantee space as availability changes daily. Reservations must be made a minimum of 120 days prior to arrival for travel January-April and 30 days prior to travel for May-December. Reservations are subject to complimentary allotment and may not be available even if rooms are available on the brand specific website or through another travel provider. Certificate is non-transferable, holds no cash value and cannot be extended. Airfare, airfare tax, ground transportation, room charges incurred, spa treatments, telephone calls, incidentals and all other additional expenses are not included. Travel must be completed by the expiration date. The resort will attempt to accommodate winner’s preferred itinerary, but all specifics thereof will be at the Sponsor’s sole discretion. The original certificate is required at check in; otherwise the complimentary reservation will be void.

Eligibility. The Contest is open only to legal residents of the 50 United States and the District of Columbia who are at least eighteen (18) years old, legal residents of Canada, excluding Quebec, who have reached the age of majority in the province/territory in which they reside at the time of entry, and legal residents of the United Kingdom who are at least eighteen (18) years old. The Contest is not open to: (1) employees, independent contractors, officers, and/or directors of Sponsor, and Sponsor’s respective parent, related, affiliated and/or subsidiary companies, advertising, promotion and fulfillment agencies or legal advisors and their respective officers, directors, agents, employees and assigns (collectively, “Released Parties”) or (2) the immediate family members of, and persons living in the same household as, any of the Released Parties. “Immediate family” is defined as parents, siblings, children or spouse. All United States federal, state and local laws and Canadian laws apply.

How to Enter. During the promotion period, visit the contest landing page and complete and submit the online registration form. Multiple entrants are not permitted to share the same email address. Any attempt by any entrant to obtain more than the stated number of entries by using multiple/different email addresses, identities, registrations and logins, or any other methods will void that entrant’s entries and that entrant may be disqualified. Use of any automated system to participate is prohibited and will result in disqualification. Main Sponsor, Joint Sponsor(s) and Administrator are not responsible for lost, late, incomplete, invalid, unintelligible or misdirected registrations, which will be disqualified. In the event of a dispute as to any entry, the authorized account holder of the email address used to register will be deemed to be the entrant. The ‘authorized account holder’ is the natural person assigned an email address by an Internet access provider, online service provider or other organization responsible for assigning email addresses for the domain associated with the submitted address. Potential winners may be required to show proof of being the authorized account holder.

Selection of Grand Prize Winner. One (1) grand prize winner will be selected as the winner of the Honeymoon Sweepstakes, winners to be drawn on June 1st, 2023.

Sponsor reserves the right not to award the prize if, in its sole discretion, it does not receive a sufficient number of eligible and qualified entries. The Prize is subject to verification of eligibility and compliance with these Official Rules. All decisions of the Sponsor and judges will be final and binding on all matters relating to this Contest.

The Contest Prize is non-assignable and non-transferable, and is not redeemable, exchangeable or substitutable for cash. Federal, state and local taxes are the responsibility of the Grand Prize Winner. Odds of winning the Contest Prize depend on the number of total eligible entries received. In the event that the Grand Prize Winners cannot be contacted or does not claim the Prize within fourteen (14) days of notification, Sponsor reserves the right to withdraw the Prize from the Grand Prize Winners and select a replacement winner (in the manner as set out above). No prize substitution allowed except at the sole discretion of the Sponsor who may substitute a prize of equal or lesser value. By entering the Contest, entrants expressly agree to receive email notifications from the Sponsor regarding the status of the Contest. Unless entrants indicate that they do not wish to receive newsletters and email from the Sponsor, they may also receive newsletters and email from Sponsor and/or Sponsor’s marketing partners regarding products and services and other information that might be of interest to entrants. Any expenses not stated herein (including, but not limited to, taxes or any other applicable fees or costs not expressly identified above that are related to the acceptance and/or use of the prize) are the sole responsibility of the Grand Prize Winner.

Limitations of Liability. By entering the Contest, you agree that: (1) any and all disputes, claims, and causes of action arising out of or in connection with the Contest, or any prize awarded, shall be resolved individually without resort to any form of class action; (2) any claims, judgments and awards shall be limited to actual out-of-pocket costs incurred, including costs associated with entering the Contest, but in no event attorney’s fees; and (3) under no circumstances will you be permitted to obtain any award for, and you hereby waive all rights to claim, punitive, incidental or consequential damages and any and all rights to have damages multiplied or otherwise increased and any other damages, other than damages for actual out- of-pocket expenses.

Warranty Disclaimer. The Prize is awarded “AS IS”. Except as otherwise provided in these Official Rules, Sponsor makes no warranties, representations or guarantees, express or implied, in fact or in law, respecting the performance or use of a prize, including, without limitation, quality, merchantability, and fitness for a particular purpose. Further, no responsibilities are accepted for any additional expenses, omissions, delays, re-routing, or acts of any government or authority.

Construction. Sponsor shall be the sole interpreter of these Official Rules. All issues and questions concerning the construction, validity, interpretation and enforceability of these Official Rules, or the rights and obligations of any entrant vis-à-vis Sponsor, shall be governed by, and construed in accordance with the laws of the State of Florida, without giving effect to any choice of law or conflict of law rules or provisions (whether of the State of Florida, or any other jurisdiction) that would cause the application of the laws of any jurisdiction other than the State of Florida. The invalidity or unenforceability of any provision of these Official Rules shall not affect the validity or enforceability of any other provision. In the event that any provision is determined to be invalid or otherwise unenforceable or illegal, these Official Rules shall otherwise remain in effect and be construed in accordance with their terms as if the invalid or illegal provision was not contained herein.

Fill out the form below to enter to win a 5-day, 4-night night stay for two with AMResorts with Travel Haus.