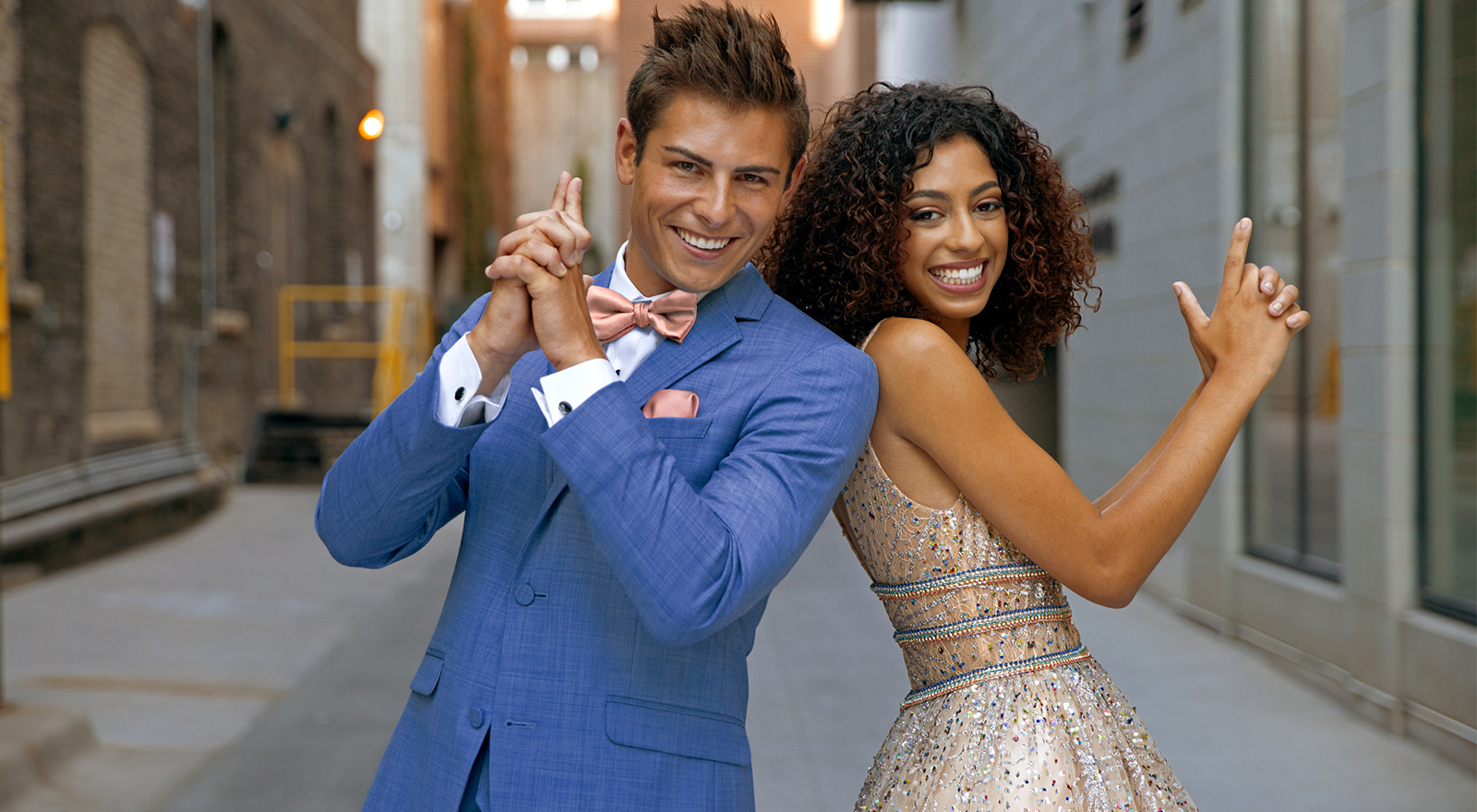 Bring Your Idea To Life

Students, show us your creative side and submit a concept for a social media commercial. It should be based on a formal event: What are you wearing? Where are you going? Base it on a touching moment, a lifetime memory, or fun party! Prom, Wedding, New Year’s, Red Carpet. You decide!

Send us your concept for a chance to win $500 and bring your idea to life! 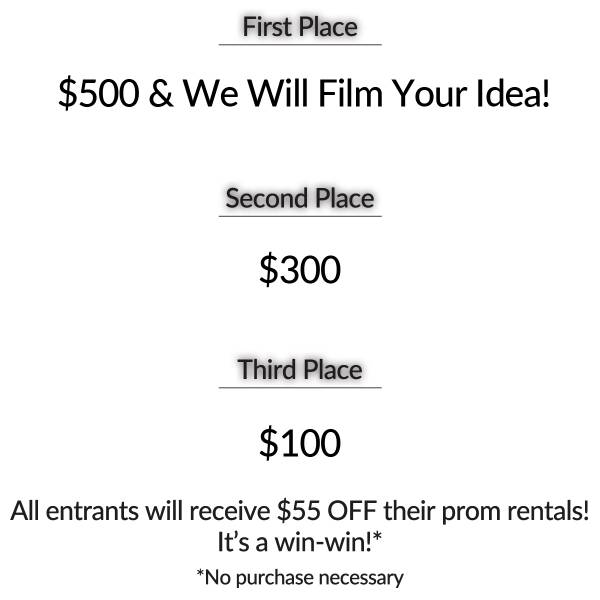 Eligibility. The Contest is open only to legal residents of Pennsylvania, New York, and New Jersey.  All entrants must be of high-school age: 14-19 years old.  The Contest is not open to: (1) employees, independent contractors, officers, and/or directors of Sponsor, and Sponsor’s respective parent, related, affiliated and/or subsidiary companies, advertising, promotion and fulfillment agencies or legal advisers and their respective officers, directors, agents, employees and assigns (collectively, “Released Parties”) or (2) the immediate family members of, and persons living in the same household as, any of the Released Parties. “Immediate family” is defined as parents, siblings, children or spouse. All United States federal, state and local laws and Canadian laws apply.

How to Enter. During the promotion period, visit the contest landing page and complete and submit the online registration form. Upon receiving confirmation email, entrants must also reply with a file submission. Multiple entrants are not permitted to share the same email address. Any attempt by any entrant to obtain more than the stated number of entries by using multiple/different email addresses, identities, registrations and logins, or any other methods will void that entrant’s entries and that entrant may be disqualified. Use of any automated system to participate is prohibited and will result in disqualification. Main Sponsor, Joint Sponsor(s) and Administrator are not responsible for lost, late, incomplete, invalid, unintelligible or misdirected registrations, which will be disqualified. In the event of a dispute as to any entry, the authorized account holder of the email address used to register will be deemed to be the entrant. The ‘authorized account holder’ is the natural person assigned an email address by an Internet access provider, online service provider or other organization responsible for assigning email addresses for the domain associated with the submitted address. Potential winners may be required to show proof of being the authorized account holder.

Limitations of Liability. By entering the Contest, you agree that: (1) any and all disputes, claims, and causes of action arising out of or in connection with the Contest, or any prize awarded, shall be resolved individually without resort to any form of class action; (2) any claims, judgments and awards shall be limited to actual out-of-pocket costs incurred, including costs associated with entering the Contest, but in no event attorney’s fees; and (3) under no circumstances will you be permitted to obtain any award for, and you hereby waive all rights to claim, punitive, incidental or consequential damages and any and all rights to have damages multiplied or otherwise increased and any other damages, other than damages for actual out- of-pocket expenses.

Warranty Disclaimer. The Prize is awarded “AS IS”. Except as otherwise provided in these Official Rules, Sponsor makes no warranties, representations or guarantees, express or implied, in fact or in law, respecting the performance or use of a prize, including, without limitation, quality, merchantability, and fitness for a particular purpose. Further, no responsibilities are accepted for any additional expenses, omissions, delays, re-routing, or acts of any government or authority.