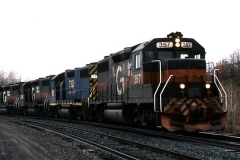 A tiny town 607 people, Yatesville was started in 1809 when Joel Hale built the first frame house. Mr. Hale owned most of the borough site. On May 20, 1878, Yatesville broke away from Jenkins Township and became a borough. The first election for the new community was held in June of that year.