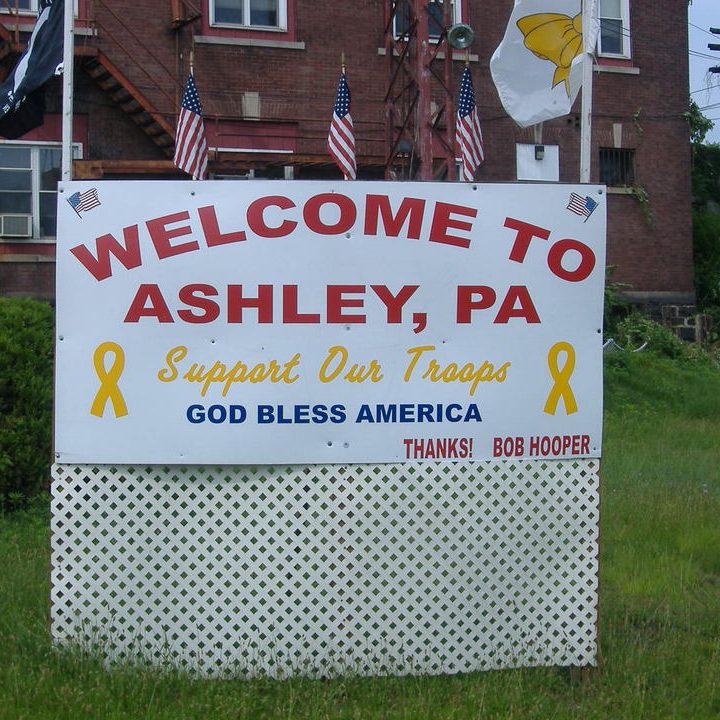 First settled in 1830, Ashley was a mining town like most in northeastern Pennsylvania.
Ashley’s biggest claim to fame is being the birth place of actor Russel
Johnson, best known as “The Professor” on Gilligan’s Island.